Off to Pennsylvania Next Week (and Dogs)

Well, "the dog room" didn't quite work out. Jonah was a little too spunky for Bogey (who looks like two, but is eight years old). So, my house was left with an empty room. Do I want to spend a lot of money furnishing it, again, at my age? No. Would the kids/grandkids want any of the furniture when I am gone? No. So, I bought a cheap cover for the old couch. (It's grey stretchy fabric, the same color as Bogey), and I bought three anti gravity chairs. I brought the TV in and voila I call it the "theater room". Bogey likes to be on the couch with me, and when the kids come over they have comfortable chairs that anyone will want when I no longer need them. It's sparse, but who cares--everything can be used when I don't need it any longer. (Jim, you can relax and watch NASCAR when you are here) I could have at least straightened it up before taking a picture, huh? Susan lives just a mile away so I split my time between Bogey and Jonah on the days and nights that she works.

I tried to get a picture of Bogey on the couch, but every time I got up, he got up so this is one that Laura, my daughter-in-law, took yesterday. Handsome fella, huh? He's become so calm since he first started to stay with me. He's a great dog. I just have to watch that he doesn't catch any wildlife outside. 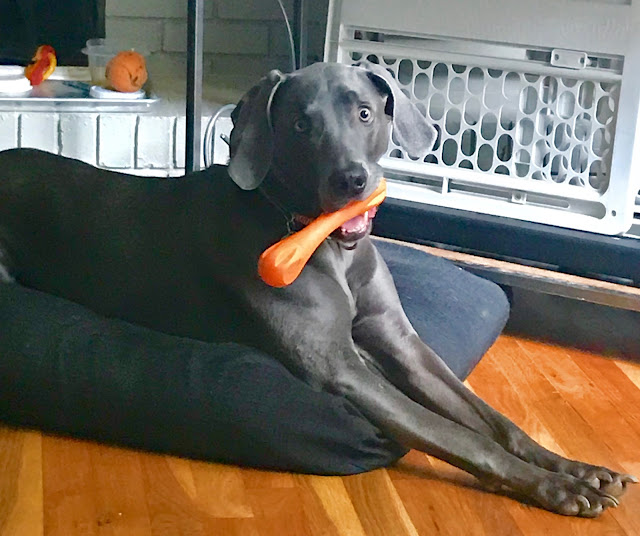 These are two very loyal dogs. Bogey goes crazy when he sees, Michael. When he takes him for a walk or to his house for a couple of days, he never looks back at me to say, "See ya!" I guess I should be insulted for all I do for him. Jonah is not any different. I do for him all day, too, but when Susan walks in, he could care less about me. I've come to love both of them, but I'm just the dog sitter.

Now, some exciting news. I'm driving up to Pennsylvania next week to meet my sister, Judy, again. I can't wait not just to see her, but to be on the road in some form. I've had my new car since January (I think), took one trip to NC and put 500 miles on it and only have 1200 total miles. Cabin fever, ya think? It's got all the bells and whistles--don't even need a key to start it, but I miss my truck and I miss my trailer. All good things come to an end, and we still have to go forward for those around us. I'll make a note here that one of my favorite people died, yesterday--Charles Krauthammer. He was one of a kind, and there won't be anyone to come close to him in my lifetime. 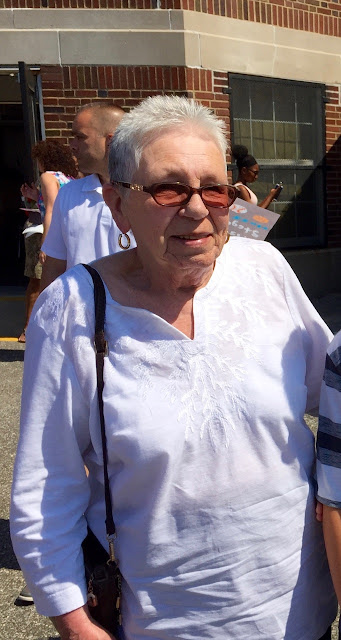 Judy and I had such a great time the last time we did this trip. We are staying in Lancaster, again, but we'll explore a little further away. I was in Jim Thorpe with Rich many years ago and I want to go back to see if it is as I remember it.

The last time we had a whole week, but this time we only have five days, together. I'm hoping (and so are my kids who adore her) that she will come down for a visit later in the summer. We were so busy having fun the last time that I didn't take very many pictures. I'll try to do better this time. My little camera is on its last legs, and I hate carrying the big one. I don't like taking pictures with my phone, but that's an alternative. Well, I'm starting to waste space for lack of anything to say so that tells me it's time to get off.

Thank you for visiting. Have a great day. 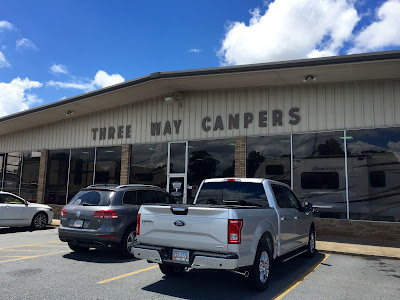 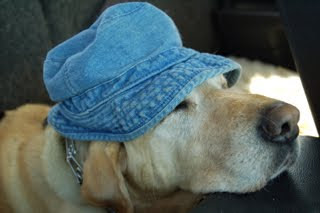 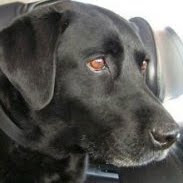